This was one of the conclusions put forward by Drago Kos, Chair of the OECD Working Group on Bribery and member of the ANTICORRP Advisory Board. He took part in a roundtable of 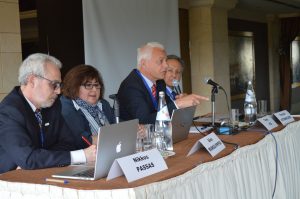 anti-corruption experts that took place in Athens on 9 May 2016. The discussion was organised as a keynote event to the third ANTICORRP consortium meeting, organised by the Hellenic Foundation for European and Foreign Policy (ELIAMEP) and the Quality of Government Institute at the University of Gotheburg (QoG). Kos was joined at the roundtable by Nikos Passas (Inaugural Professor of Collective Action, Business Ethics and Compliance at the International Anti-Corruption Academy) and Pascalis Kitromilides (Professor of Political Science at the National and Kapodistrian University of Athens). It was moderated by Alina Mungiu-Pippidi, Professor of Democracy at the Hertie School of Governance and ANTICORRP Policy Pillar Leader.

The distinguished panellists gave an interesting view on the past and present of anti-corruption efforts. They argued that the fight against corruption is moving, albeit very slowly. Pascalis Kitromilides stressed that corruption is far from being a modern phenomenon and was already highlighted as a major problem by writers such as Macchiavelli. Panellists also showed that corruption is not a problem of the less developed economies alone. The situation in Greece is very much coined by deep seated systemic corruption and the Panama Papers and LuxLeaks  showed that the industrialized countries of Western Europe also show wide-spread corrupt practices. Nikos Passas argued that some reforms do not work as intended – in many businesses, for example, compliance takes hold, as opposed to the “ethical implementation of rules”. Similarly, Drago Kos highlighted that many politicians in Romania are now afraid to become minister as the successful anti-corruption drive led to many ministers to be imprisoned.

Their talk highlighted that that the fight against anti-corruption remains a tough business. Drago Kos reminded the audience not to forget 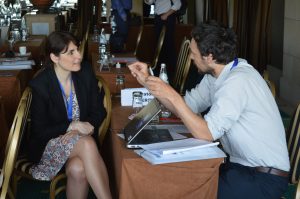 that fighting corruption means fighting very particular interests or powerful individuals. The speakers stressed the need for more research such as the one generated by the ANTICORRP project. In the following two days, researchers from almost all ANTICORRP consortium partners presented their ongoing work and project deliverables that remain to be completed until the end of the project in 2017. Seven panels brought together participants from all over Europe and with a wide range of academic disciplines. The outcomes of the ANTICORRP project show the merits of bringing together scholars from such diverse backgrounds to discuss and research corruption and anti-corruption. At the consortium meeting, however, researchers also highlighted the challenges of this approach, challenging them to bridge the gap between different disciplines. Receiving comments on a presentation from anthropologist Davide Torsello (University of Bergamo), Marcia Grimes (QoG) exemplified this by stating: “I’m listening to your anthropological comments and I am translating them into political science in my head. They make a lot of sense to me this way.”

Having received input from the broad perspective of different anti-corruption scholars, many ANTICORRP researchers went back home with plenty of food for thought and full of motivation for the last ten months of the project. Alina Mungiu-Pippidi closed the initial roundtable discussion by summarising the main points that were made and the main findings of the ANTICORRP project so far: she highlighted the importance of context driven anti-corruption policy, of mobilising a broad coalition of people who want to push for change and of designing substantial, yet parsimonious anti-corruption legislation. While there are few countries that managed to successfully established governance regimes coined by particularism, it is important to be proud of the countries that did and to learn from their experiences. 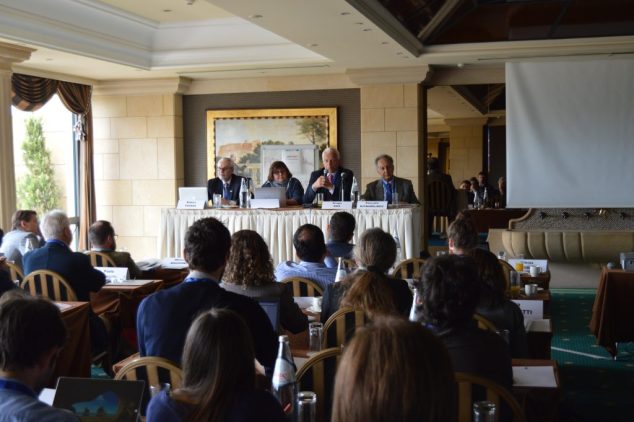 A recording of the roundtable discusion can be found on YouTube.